Just back from a family holiday in Peak District. I haven’t been to Peak District before. The image in my head was the same as my Italian colleague put it “just like Lake District without the lakes”. Have you heard of this place? No? Have you watched the last Pride and Prejudice film starring Keira Knightley, the scene of her standing on the edge of the rock overlooking the vast moorland and the sky? Yes? Then you probably know this spectacular view already!

Many locations in the Peak District are backdrops for famous films and TV series. Apart from Pride and Prejudice, there are Harry Potter, Jane Eyre, The Other Boleyn Girl, Wuthering Heights, The Duchess, Elizabeth, The Village and many others. I probably have seen it on TV much more often than the Lake District. But surprisingly, it’s not nearly as famous. I wonder why?

I don’t know the answer but I fully intend to go back. But before that, here are my levitations in the beautiful Peak District. It really helped keeping my boots and trousers clean! XD 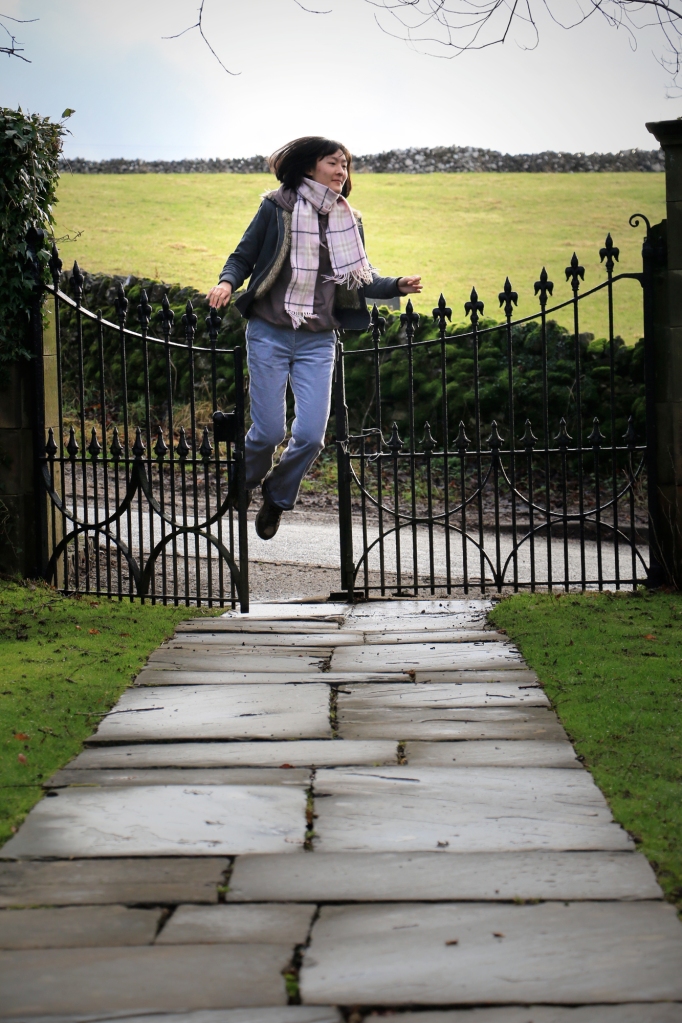 P.S. YHA Hartington Hall is an amazing place to stay, with a lot of history. Highly recommended!