I did a few book reviews and film reviews in my previous blogs, and that’s what people do. But I want to tell you about a TV drama today. The TV drama is a bit like a second class citizen compared to the silver screen. Especially as this one is a manga adaptation. However, I enjoyed it thoroughly and learnt a great deal, which was completely unexpected. It added something new to my life.

Japan is very good with cartoons, that’s why there is a word even in English which specifically means Japanese cartoon: manga. I won’t talk about the manga business on a grand scale, or the manga culture in many Asian countries, or the techniques of the manga artists. Let’s just look at the topic that manga covers. A few manga that I liked were on the subjects of pirates’ adventures, detectives, rock bands, love stories, history adaptations, adaptations of classical western children stories (evil Snow White, anyone?). Their imagination and story telling are wonderful. A bit like something between watching a film and reading a book. I had a new understanding of the wonder of manga recently even after reading and watching manga for 20 years. I can imagine why a manga about basketball, adventure or love is interesting. I would never have guessed that a manga adaptation about western classical music could be so absorbing (of course the very good-looking actor helped a lot).

Chiaki rehearsed with a “bad student” orchestra. He was shocked and frustrated by their lack of skills and slow improvement. But the orchestra loved him and worked super hard. On the performance stage, he finally understood, “everyone here is an unpolished gem!” and helped them to shine in their own natural way. Beethoven’s Symphony No.7.

Nodame Cantabile is about two music students’ walk towards their future and dreams. It covers a lot of popular elements, like friendship and comrade-in-music, adventure, shadows from childhood, competition (in music and love), and most of all, it’s a love story between an aloof guy from a wealthy and musical family and an over-enthusiastic and simple girl from a poor and crowded fisherman’s home.

It retains some of the comical over-the-top-reactions from the original manga and it is well done (my husband thinks it’s totally stupid though… but he doesn’t know the soul of the art form of manga). 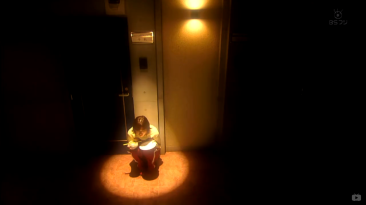 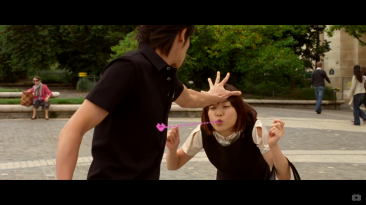 A lot of the story focuses on the struggles that both of them have along the way. Chiaki dreams to be a conductor, but when he finally has his own orchestras, they’re usually a mob with disagreeing and stubborn opinions and far from professional.

A lot of the stories are told from his perspective. Through his encounters with them, I can see pressure from life on each musician but their even greater passion for music. When the violin playing girl gives all she has for the contest in a foreign country without any company of friends or family, when the taxi driver practises oboe while waiting for customers till midnight, and when the father plays cello with five small children kicking and screaming in a narrow room; their smiles and sighs of relief at the end of their performances look all the more heartfelt and touching.

Nodame is an unpolished gem; a pianist with a gift of music from a young age, but she does not face the music sheets seriously. Her dream was to become a nursery teacher, but her talent is her burden and people keep encouraging, sometimes forcing her to grow as a pianist. When she falls in love with Chiaki, her ambition becomes to perform on the same stage with him. But Chiaki seems so far ahead, she tries and tries but cannot catch up. Nodame doesn’t want to keep pushing herself, but the thought of letting go of Chiaki is even more unbearable. Of course it is a happy ending, she shines in front a grand piano with Chiaki on the stage and the whole series finishes with a long (and cheesy) kiss. 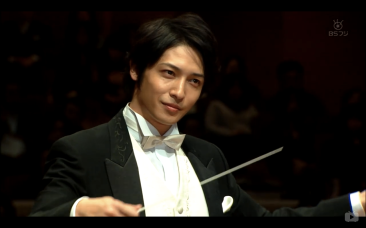 The last performance of Chiaki in Japan with tears of joy. Beethoven’s Symphony No.7. In Tokyo Suntory Hall.

Nodame Cantabile makes classical music such a cool thing. In my mind, the concert hall is usually for retired people who have a lot of free time, or middle class people who have a lot of spare cash. I still think so and what I see proves that I’m more or less right (in this part of the world at least). But I never thought about the stories behind each piece of music, the life of the composers in history, the hardship and sense of achievement of the musicians, the soloists and conductors on the stage.

Almost all the background music is classical pieces. The major pieces performed by orchestras in the series were all introduced and explained. My favourite now includes Beethoven’s Symphony No.7, which is Chiaki’s first and last performance in Uni; Tchaikovsky’s 1812 Overture, Chiaki’s triumph in Europe – I would love to hear a live performance with Cannons (or even without); Bach’s Piano Concerto No.1 in D Minor BWV 1052, makes me want to pick up piano again; Mozart’s Symphony No. 25, another piece that brings joyful tears; also Tchaikovsky’s Violin Concerto in D Major Op. 35 and Vivaldi’s Four Seasons.

A tough conducting competition and an excellent performance of Tchaikovsky’s Violin Concerto in D major, Op.35.

I’m amazed hearing things so complicated and intricate in parts but so complete and grand as a whole. If I feel so just by listening to them, how much more does a conductor feel in front of a whole orchestra? Nodame Cantabile shows me a little taste of that through Chiaki.

When I was little, colour TV had just started to get popular in normal families in Beijing. I don’t remember many TV programmes but Vienna New Year’s Concert I have very clear memory of. Because of the time difference, the whole family would gather around a tiny TV in the afternoon on 1st of January every year in my grandparents flat as if a serious ceremony was about to happen. That was my first introduction to music. I’m really glad it was good, professional and classical music from one of the best places for music on earth, where people cared about and were proud of what they were doing. Strauss was a name that was familiar with me from a young age. That was also my first introduction to European culture. Everyone on the stage and in the audience looked very smart, very excited and happy because of the music and the performance. Although I had no idea where Vienna was, I’m also really glad that was my first impression of Europe,  rather than films with sex, explosions, gun fights or ghostly orphans. Nodame Cantabile reminded me of the grandeur of the Great Hall of Musikverein, the orchestra, and the sound of the music from a tiny TV in my childhood.

Chiaki in the Great Hall of Musikverein, in Vienna. Tchaikovsky’s 1812 Overture. I wonder if one day I’ll be able to listen to a New Year concert there.

I had the opportunity and privilege to learn playing piano for a couple of years when I was about four or five. Thinking about it now, that must have been a big amount of money when meals were small and life was simple. I remember going to lessons in a classroom with many children at the front and the parents at the back. The teacher was an old lady and she put a keyboard on the wall so we could all see her fingers. I remember the feeling of my fingers moving between black and white keys. But I can’t remember any names or sound of the music I practised and performed. All the music sheets were gone too. There is no proof now that I once was pretty good at playing piano apart from a few photos.

The enjoyment of classical music is different to many other things I enjoy. It’s not like cooking, baking, taking photos or reading a novel. It’s more like lifting my eyes and looking into a starry night sky, standing on top of a mountain and seeing a magnificent view, or reading a history book about kings and wars. I feel so small, amazed and joyful. It brings tears to my eyes. I’m really glad Nodame and Chiaki introduced classical music once again into my life and I’m sure it’s not too late to fall in love with it all over again. 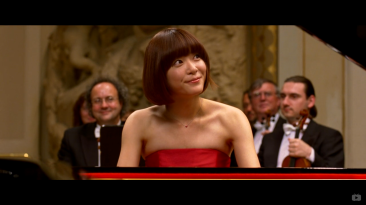 Nodame and Chiaki’s dream finally becomes true – to perform together, to stand on the same stage. 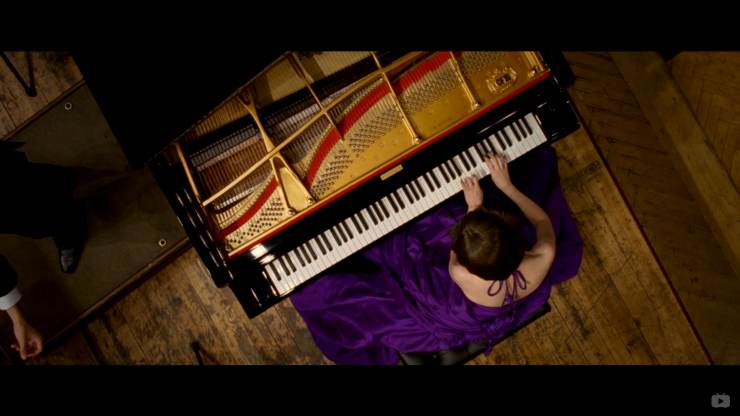 All images are screenshots from the TV series. The feature image is from the internet.