I mentioned in my May Review that I did a Pre-Wedding Shoot for two friends. The weather forecast was not very promising until the night before. But Doris decided to go ahead. If it started to rain, we would just pack up and run. In the end, it was a lovely day.

This was my first photo shoot in Newcastle City Centre. Both Doris and Qi studied here and they met each other here. So Newcastle is a memorable place for them. It was their home when they were in the UK. For me, I’ve never done a photo shoot in a busy City Centre before. So, a bit of a challenge. But I’m happy with the result.

We started in Jesmond, a leafy suburb near the city centre. 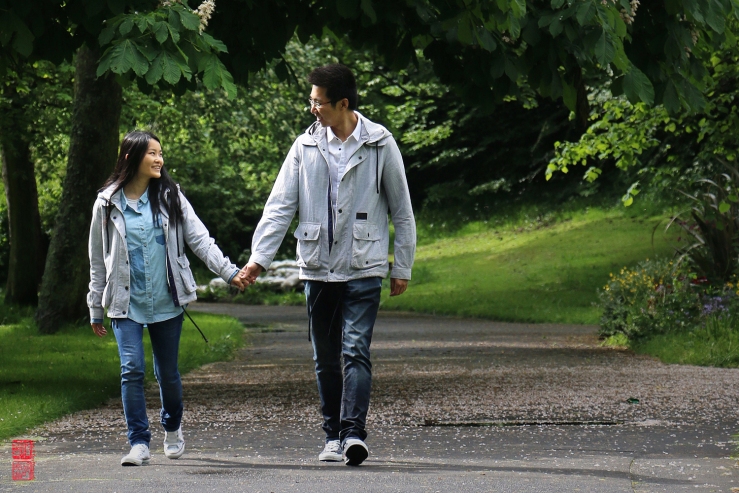 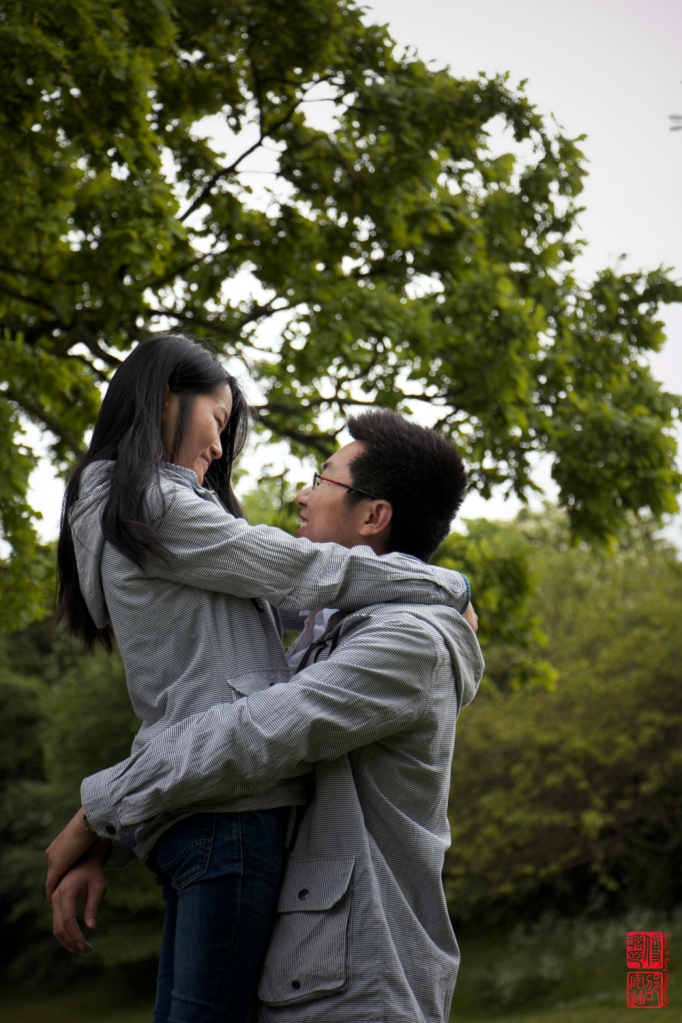 We moved on to Newcastle University campus. Doris and Qi both studied here. Actually, Qi is still in the final stage of his PhD. This was my University as well. This place in the photos below is where students take their graduation photos with their professors, friends and very proud families every year. Including me. A very dear place. 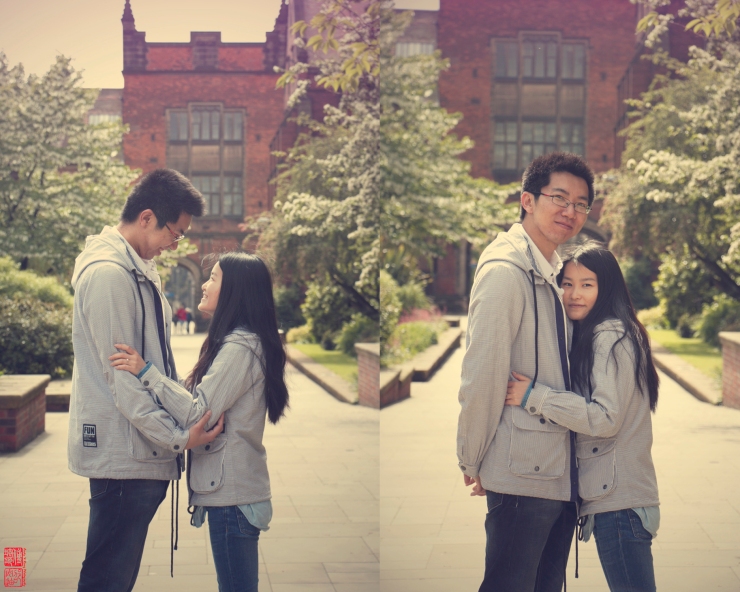 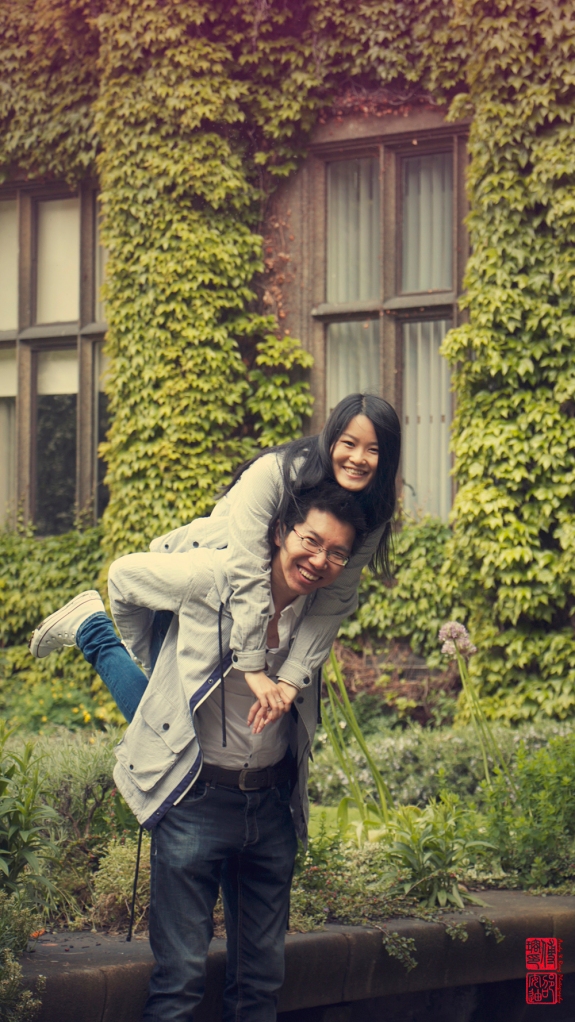 This is not the end of the photo shoot. We moved to Northumberland Street and Grey Street, which are the two main pedestrian shopping streets right in the City Centre, after this. But I have too many photos, I’ll show you the ones we took there in the next post.