Gardeners’ World just said that Easter Weekend was when sales picked up in garden centres and gardeners ventured out for the first time this year. It certainly applied in this household. In March, we bought a beautiful bamboo, some privets for hedging and two ornamental grasses (stipa gigantea). I also went once for ornamental grass on my own by metro. On the way out, there was the usual “please pick one (for free)” trolley – full of grasses! I nearly fainted. In the end I had to walk 20 minutes to the metro station with three bags full of grasses in my hands like a donkey. However, I was very pleased with the Ophiopogon planiscapus ‘Nigrescens’, Miscanthus sinensis ‘Morning Light’ and Imperata cylindrica ‘Red Baron’ for free! I just hope the reason they were free was not because they were dead…

One of my gardening heroes this month is Monty Don, as gardeners up and down the country watching him in BBC TV programme Big Dreams Small Spaces, transforming the tiniest of city gardens into lovely green spaces. After years of effort to bring gardening ideas to life in small gardens for ordinary people (whose gardens are measured in square meters not acres), Big Dream Small Garden really did it.

The second gardening hero is Piet Oudolf. The discovery of the Dutch garden designer Piet Oudolf was one of the best things to happen in March. I could suddenly see an exciting plan for my front garden and the plan gets better day by day since I can’t stop thinking about it and flicking through photos on Pinterest. The current idea is a happy balance between screening for privacy, sharing with community and minimising labour required. A visit to Scampston Walled Garden in North Yorkshire is looking for a space in my diary.

Talking about discovery, I also heard of Vaughan Williams for the first time. Class Fm Hall of Fame 2016 countdown was on the radio constantly for four days over the Easter weekend and I listened to it enthusiastically like a proper fan. The top piece out of 300, is Larks Ascending by Vaughan Williams. It has been in that honourable position for a few years, voted by music lovers around the UK. It surprises me a little – the shimmering strings on soaring high notes remind me of a Chinese classical piece called Liang Zhu (The Butterfly Lovers). 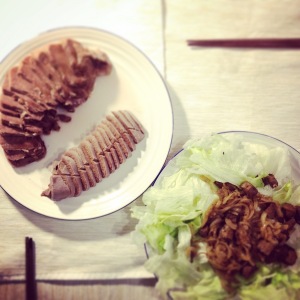 We have great neighbours. This time they handed us some terrifying cow parts over the fence. We stir-fried the liver (good with fried onion slices, conference pear and balsamic vinegar), slow-cooked the tongue (!) and froze the heart. This was my first experience of cooking and tasting a dish made of tongue. I could understand for the first time why some British people say they don’t like whole fish with eyes looking at them or any animal parts that are recognisable on the plate. I didn’t feel like handling the tongue at all… but after it was sliced (by my dear husband) and dished up, it was surprisingly tasty!

We had friends home for dinner on Good Friday evening. But I was never able to take any photos before hungry students dug in and swept everything away. Here are a few other meals we had in March: 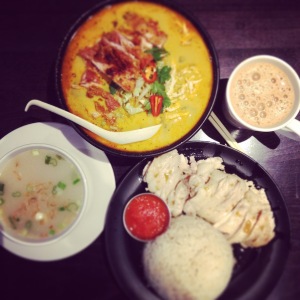 A new Malaysian restaurant was given many positive comments by our Malaysian Indonesian friends. So we tried it out. The portions were big. The flavours were authentic. The waiters and chef were friendly and chatty!

We went for a day trip with a few friends to Berwick upon Tweed, which is the last town on the English side of the border before entering Scotland. The murder mystery from Treasure Trails was slightly disappointing. But one of our friends at one point suddenly revealed his talent as a photo shoot director, and we had some fun taking photos copying a film poster of a popular Taiwanese film.

Another day trip was to Dewsbury for the Redbrick Mill, which is a three storey building for furniture and home accessories. It wasn’t all that impressive, but for the North of England, this was almost the best you can find, in terms of creative and independent designer products. If you know somewhere else, do let me know! 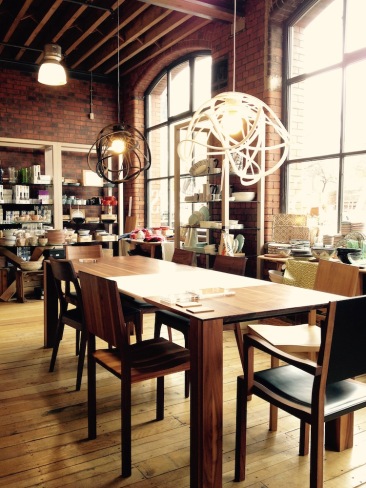 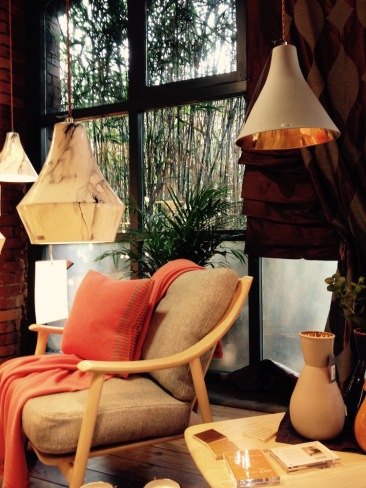 We had a detour to Ripon on the way home from Dewsbury. It was pretty small but it had a status of a city due to its own grand cathedral. It gave me a peaceful and comfortable feeling in a golden sunset. I’ll put more photos up in a separate post.

Are you aware of the bubbly scene on the shelves of WHSmith and online? I noticed many new and pleasant magazine in the last year or so, but I didn’t realise this is the thing of the moment. I read an online article called “Are We Living Through an Indie Publishing Revolution?” on Huck Magazine website. It argues that we’re seeing a renaissance in independent publishing and this is the best age so far for magazine lovers. It touches a little bit about the tension between digital and print. It makes sense when it illustrates the point that we live in a physical world and people will always want to read on paper, even kids who grow up with an iPad. People still go to concerts and theatres when they have CDs and TVs. It’s a different type of experience, positive and enjoyable experience. That needs clarification because I hardly ever wash clothes by hands, nor my husband wash dishes after we bought a washing machine and a dishwasher.

I had a breakthrough on my scrapbook project. I have been buying scrapbooks for the last two years but managed to keep every single page clean for the whole time. I really struggled because I was trying to keep it in strict time order, with “January”, “February” penciled in. When I went back to my parents house last month and brought back some uni transcripts from 2008(ish), I was devastated because I had to re-arrange the whole thing – the current scrapbook starts from 2013! It was either give up or let it be so (in wrong order). I now have a promising scrapbook!

I made a skirt for upcoming weddings this year! Like all my sewing, you can’t look at it up close. But from a distance, it’s not bad! 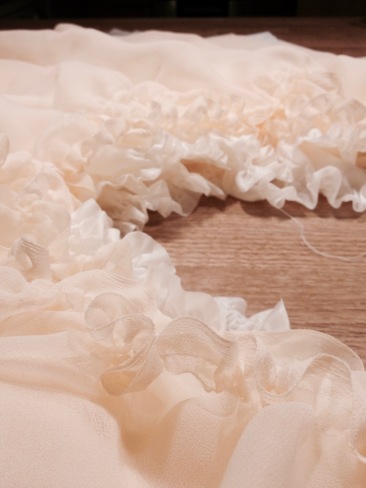 A few more book reviews to come, including A Call to Spiritual Reformation by D. A. Carson, Extreme Sleeps by Phoebe Smith, Dark Forest and Death End’s by Liu Cixin. I actually found someone in my office who has read The Three-Body Problem! I was so pleasantly surprised. It was like no one has seen an elephant except you and everyone has this “she’s mad” look in their eyes until now, finally someone understands what I’m talking about!

I have been watching a Chinese TV series, The Legend of the Condor Heroes (2008 edition), for the 600th time after reading the original novel another 600 times. It’s a shame that the term “Kung Fu” is simplified to people in funny costumes flying around and love stories in Western films. It talks a lot more than that in good Wuxia novels. I especially love the ones by Jin Yong and The Legend of the Condor Heroes is my favourite of all time.