Because of the release date of JOURNEY #03 (9 June), I haven’t got time to sort photos or write anything about our epic trip in Asia in March and April. But I’ll do my best to post a few blogs in June, including an interview of a talented dumpling lady hopefully.

But for now, here’s my May. I spent most of my time working on the new issue of the magazine. I tried some new tasks again: creating a bespoke front cover and doing food photography were one of the best. I feel like I’m improving a little bit in face to face interviews as well. Still a lot need to learn!

At the beginning of the month, we went on a day trip to the Northumberland coast with good friends Dan and Becky on Bank Holiday Monday. They’re the same couple we went with camping, kayaking and Sharp Edge walking in the Lake District last year. The camping and kayaking were exciting; the Sharp Edge walking was a bit too exciting. I just heard Dan talking about this for the first time yesterday evening. This was what he was thinking while shuffling down the rocky razor-like ridge, “if I fell off and died today, I would be really annoyed with you in heaven”. And they agreed to do the whole camping, kayaking and walking thing again with us this summer! I wouldn’t mind having Dan and Becky as neighbours in heaven. 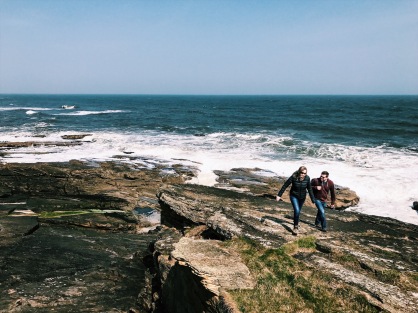 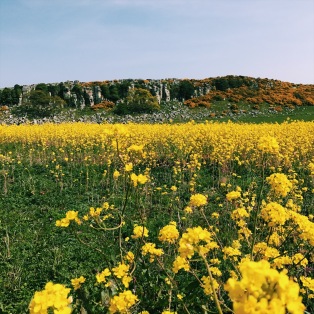 At the end of the month, we had a trip to Wales, visiting family. I ticked an item on my UK to-do list: going to Hay Festival. It was like a big book amusement park and I was skipping along with my adults (husband, aunt and uncle), minus a candyfloss in hand. Uncle Vince signed us up for a talk on everyday physics. I know nothing about physics and I still shudder at the memory of my exam scores in school. But the speaker was very engaging, the stories were fascinating and I actually learnt quite a few interesting things (why high vis jackets glow more at dawn and dusk; why blueberry jam is pink). I admire the ability of the people who designed the physics curriculum for children in Chinese schools – how they managed to make it so utterly irrelevant and dull! 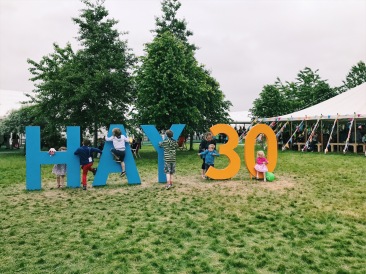 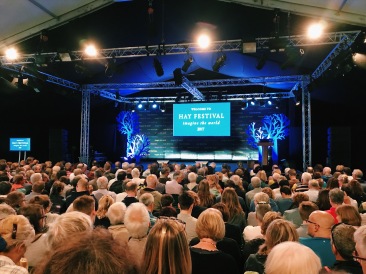 The countless bookshops in the village of Hay-on-Wye are again like sweet shops, some big, some small, some grand, some simple. One of them is so beautiful, I soon forgot I was in a tiny village in the middle of a little-known country called Wales (I hope aunt and uncle are not offended). 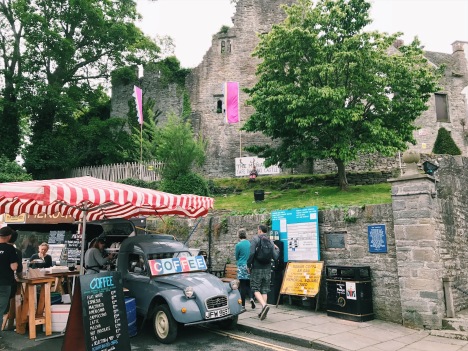 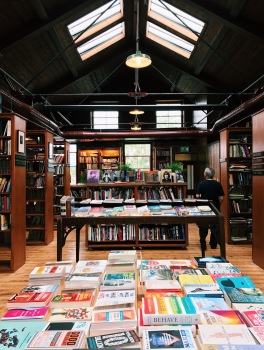 The next day we went for a 10 mile coastal walk from Kenfig to Porthcawl and back. I was distracted by all the wild flowers. 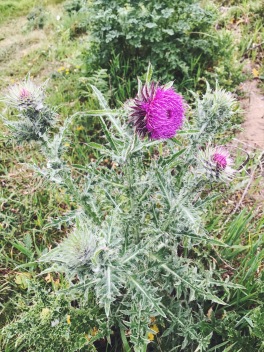 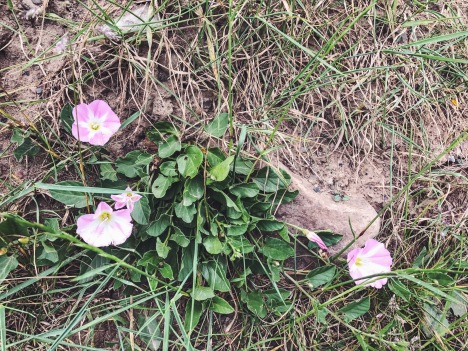 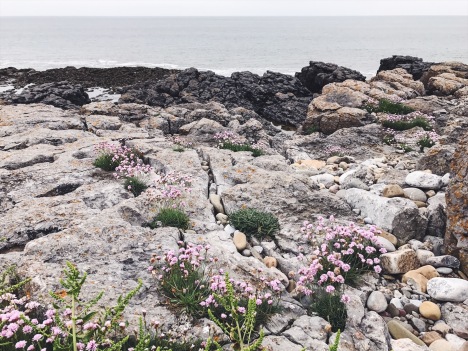 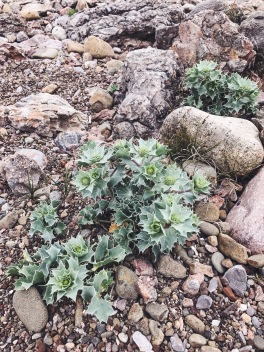 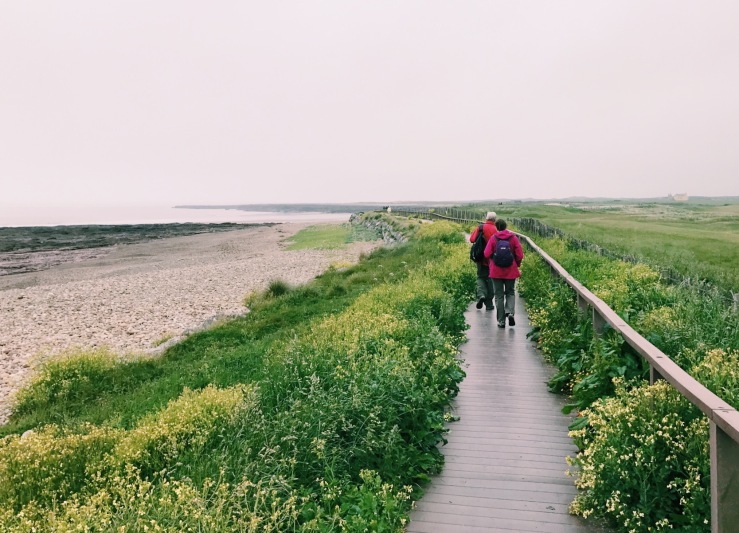 The last day we visited St Fagans National Museum of History. I commented it was like “the Beamish for Welsh people” and it was! I don’t understand why people laughed when I said it. It is an open-air museum with typical buildings from different historical period, farm houses and barns, miners’ houses, church, bakery, tea room, sweet shop, toll station, pig pen, all with their own little stories.

Here are some wonderful examples of Welsh hospitality: 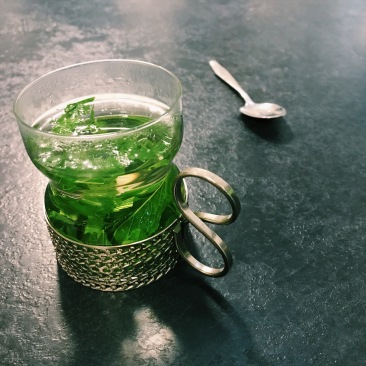 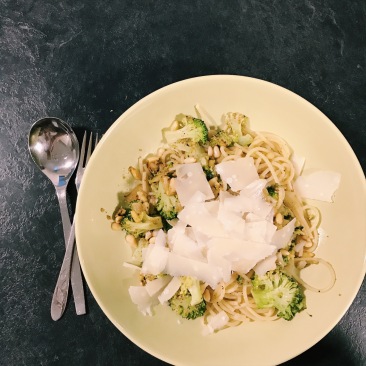 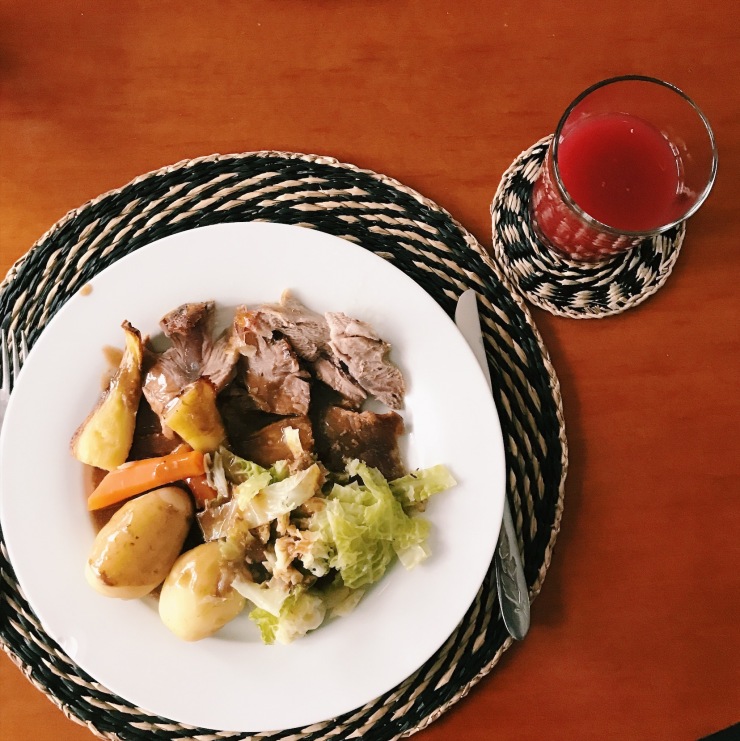 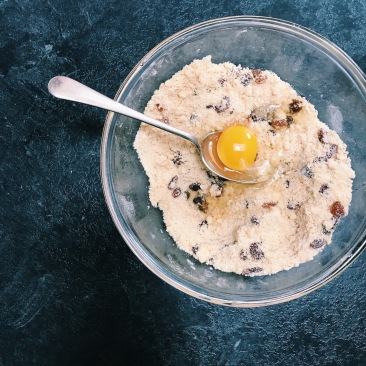 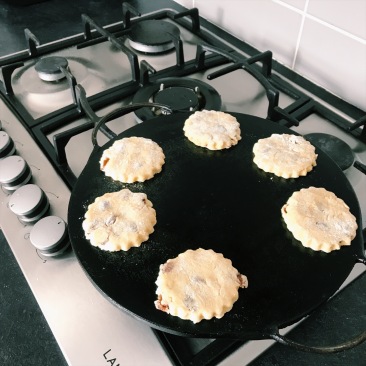 A fascinating book I thoroughly enjoyed this month. It is about how a bright businessman with a humble background who managed to feed the whole of Britain during the Second World War. Many mornings housewives would go to their local groceries and orderly queue for their rations of bacon or eggs. Little did they know the chaos that had gone on overnight in the Ministry of Food offices because tons of food had been sunk in the Atlantic or food storage facilities bombed and burnt to ash. For Lord Woolton, the wartime Minister of Food, it was literally “eggs or anarchy”. However because of his gifts and endeavour, the rationing system was fair and trusted, the needy and homeless were supported in bomb-destroyed cities, and amazingly the country in general was fitter and healthier by the end of the war.

The Chronicles of Narnia (ongoing)

I have been a second-hand admirer of C. S. Lewis for some time now. I’m still not able to understand his books like Mere Christianity even after a few attempts over the year – that’s why I need books like The Romantic Rationalist and Alive to Wonder, and people like John Piper to help me. So I decided to start with C. S. Lewis’ children’s books. I just finished reading The Voyage of Dawn Treader. The end of the world is so peaceful, beautiful and exciting all at the same time, I would love to be with Reepicheep the Talking Mouse. But if this is C. S. Lewis’ imagination of heaven, though it’s wonderful, it can’t be real. The real heaven is millions of times better. What an exciting thought.

It’s a collection of articles by a few Bible teachers. It talks about C. S. Lewis: on the scripture, on salvation, on imagination for theology and discipleship, on heaven and new earth, and on the use of crease. It’s eye-opening. A more detailed book review will follow. (The book review is ready now. Click here to read.)

This is a collection of John Piper’s writings and sermons which is “a celebration of the influence of C.S. Lewis in my life”.

This is infographics on personal and everyday data. I get bored of things quickly and easily, but the good thing is, there never run out of new things for me to try. When I get some spare time, I’d love to collect data and do some drawing like this.

It’s a famous and celebrated fiction in the world of literature, but I would not recommend it unless you want to learn to write like her (I say her, but no one knows the author’s gender for sure). It’s a very well told story, but not the type I want to spend too much time on. Completely a personal preference. See more of my reasons in an upcoming blog post.

The cow parsley on my way to work has been blooming and swaying in breeze beautifully for a couple of weeks. Quoting Anne Shirley, “I think they must be the souls of the flowers that died last summer and this is their heaven.” I almost want to sow some cow parsley seeds in my own garden. I arranged two photoshoots but both were stopped by rain! I started to do local flower watch so hopefully next year I can plan photoshoots better. My front garden suddenly turned into a jungle because of the unusually long (!) period of hot British summer (it has ended of course).

Summer is here. The days are unbelievably long. I’m looking forward to doing a lot of outdoor stuff in the coming two months. Looking back, quite a lot of things happened in May in addition to the final stage of the magazine plus a full time job, no wonder I’m severely sleep deprived! But as one of the books said, God created every day to have 24 hours, he doesn’t expect us to do 25 hours work. I’ll hang on to that and go to bed now!