August is the second half of the summer holiday when there were fewer church commitments. We didn’t travel much and I did read a bit more. The over 20 degrees C temperatures have left us and it has been feeling more like a normal Newcastle summer now. The theme of this month is definitely farewell. Not only the usual summer-time international-students-going-home farewell, but also the first ever farewell to my workplace friends and colleagues. For everyone who hasn’t heard, I left the company I worked for eight and a half years and I’m starting a new chapter with my church.

I watched quite a few films this month. My favourite is Brooklyn. But maybe it’s only because I watched that one the last. 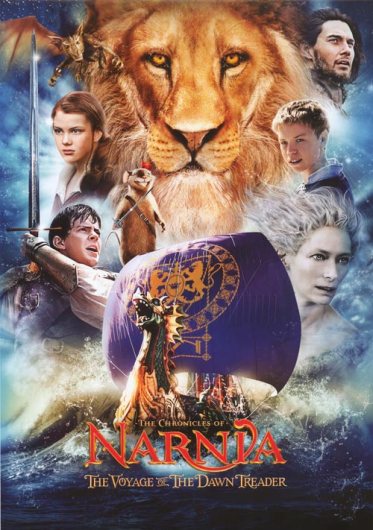 Prince Caspian was a fail for me. The storyline was changed too much. But for the sake of the film audience, the changes were understandable. What I didn’t like were the characters. Peter the High King was not respectable and loveable. Caspian lost all his childlike-admiration of Peter who was the hero of all the Old Narnian stories. Peter didn’t apologise when his stubborn and unwise attack failed, costing many lives. Caspian and Peter blamed each other for the failure. No apology, no forgiveness, no unity.

The Voyage of the Dawn Treader is my favourite Narnia book and the film was a delightful surprise compared to the last film. The characters were truer to those in the original book. Lucy was a darling as usual. I especially like the scene of her turning into Susan. Although that plot was not in the book, it served the purpose really well, especially with the conclusion in her own word “when you grow up, you should be just like you”. Eustace Scrubb was such a likeable pain – way more endearing than the boy in the book! I look forward to seeing him in The Silver Chair. There were many changes to the storyline, but somehow they were really natural and engaging. I like them as much as the original plots. For example, the extremely helpful dragon! The heavenly feeling I loved most in the book was not there in the film, but it’s OK, I have tasted it in my mind already thanks to Lewis’ own writing. The farewell to Reepicheep was really touching! 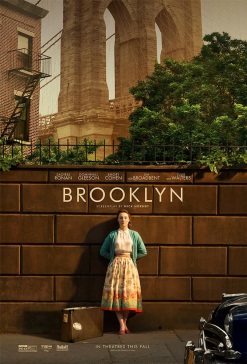 I watched three recent Saoirse Ronan films. (I finally found out how to pronounce her name!) I don’t have much to say about Lady Bird. It doesn’t speak to me very much since my teenage life was very different. The only thing that resonates is the fact that my mother does not seem to ever be happy with how I look either, when Lady Bird said in the changing room, “why can’t you say I look nice?”

Brooklyn is heartbreakingly beautiful. Saoirse Ronan is amazing, as well as everyone else. You just have to watch it.

I have a lot to say about On Chesil Beach. I’ll try not to spoil it too much. If you haven’t watched it, feel free to skip the following paragraphs.

It’s a typical Ian McEwan adaptation. It reminded me of Atonement acutely: one mistake has lifelong consequences. One misunderstanding ruins two lives. They wanted to make each other happy. But they made each other miserable for life. The ending was a bit cheesy and predictable. But it was so shockingly realistic and brutally raw: the heart-cutting regret, the irreversible consequences, the lonely prospect at the end of life, a life without hope. They were too young. It is too late.

It is one of the saddest films I watched recently. The gist of the story itself is very similar to La La Land, but told in a very different mood and style. La La Land is a fairy-tale. Even the sad ending is fairy-tale-like romance: even without the love of his life, the prince is still young, attractive, under the spotlight, worshipped by his jazz fans. On Chesil Beach is raw reality: the prince is old and frail, hateful and friendless, piercing the packaging of a microwave food in a dim, greasy and messy kitchen alone. That scene will stay in my mind for a long time.

There are a lot of beautiful and sweet scenes as well but because the tension and conflict were presented right from the beginning, the audience knows that it will all fall apart and can’t help asking, why, why? Florence loved him, not only in feelings and words, but deeds as well. She walked seven miles alone through the woods to see him saying “I’ve never been so happy in my life”; she talked to his mother who has mental problems and treated her tenderly and with genuine interest when Edward’s own family does not know what to do with her. But when the conflict happened, Edward seemed only remember to blame her for violating the promise that “with my body I honour you”, but not be able to love her “for better for worse”, “till death us do part”. 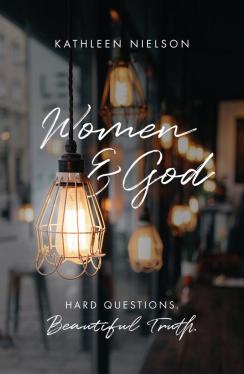 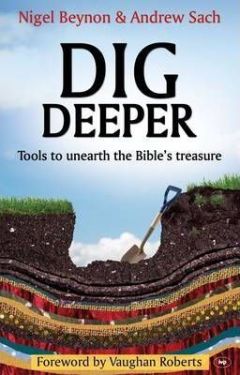 All the Light We Cannot See – I haven’t finished it but I really worry about the ending. I have been reading it before bed and I like it, but I don’t think it’s a good choice for bedtime reading…

Women & God – There are a few Christian books by women authors on my shelves recently. I have been reading them with mixed feelings. This one is really interesting. More on that topic to come…

Dig Deeper – An old classic. Just dug it out and am reading it all over again! I would love to improve my Bible reading so this is one book in that category. I gave up on John Piper’s Reading the Bible Supernaturally a while ago but I’m thinking about picking it up again.

If you follow photographers on YouTube or Instagram, you probably noticed all the rage for Lightroom presets recently. Thanks to Taylor Jackson, one of the photographers I follow, I learnt how to process big batches of photos quickly and I managed to create a few Lightroom presets myself fairly easily. They make my photo style a lot more consistent. Loving YouTube education!

Being a Part-Time Vegetarian (Part 2)

I was going to share some photos of the recipes I tried from River Cottage cookbook this month. But here’s something better. One interesting thing I would like to report is that I have been having swollen fingers on and off for a month or so. After some investigation, I realised it started ever since I reduced my meat intake. I searched the internet today and learnt that being a vegetarian could lead to protein deficiency (along with other issues), and one of the first symptoms of protein deficiency is swelling. Maybe I need to be more careful about this vegetarian thing…

My annual visit to London was not the highlight of the month and I wouldn’t want to go back for at least another year… (but I did like the futuristic bridge in Canary Wharf and the roof garden where the feature photo was taken).

JOURNEY webpage is on its way. Watch this space!

Sorry for finishing this post in a bit of a haste – too excited about going to my new office tomorrow!

Film posters and book front covers are downloaded from the internet.