Hello! Have you been enjoying the summer? Do you like the peonies and roses from my garden (cover photo)? I’m so proud of them! 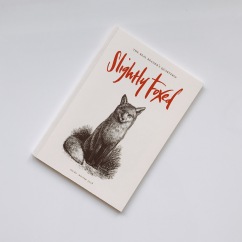 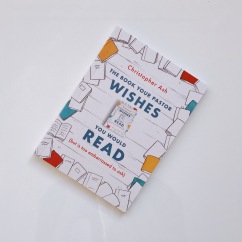 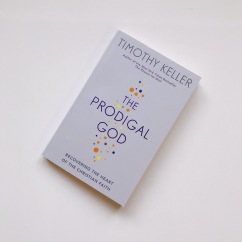 Why is ‘summer reading’ a thing as if people are supposed to read more in summer? Work continues as usual and I haven’t read much at all! I’m ashamed to say I still haven’t finished Wolf Hall. Things become less fun after Anne rises to the throne.

A new magazine I tried in May was the literary magazine Slightly Foxed. If you are a reader, it’s worth a try. The magazine articles are well-curated and each piece is beautifully crafted. One thing that stands out to me is it’s very British. It’s very subtle. If you look for it, it’s hard to spell out, but it’s there like the air we breathe in the background. See my ranking of all the articles in issue 60 here.

I read The Book Your Pastor Wishes You Would Read by Christopher Ash. See my review here. It’s small and easy. And The Prodigal God by Timothy Keller. It’s not a new book at all. As I posted on Facebook a while ago, I picked it up because my mum became a fan of his books and I need to be prepared to answer her questions. Her overall comment was “I’m not as convinced as I’m shocked” or the equivalent. She’s the ‘older brother’ type (so am I), but she’s a very honest ‘older brother’. 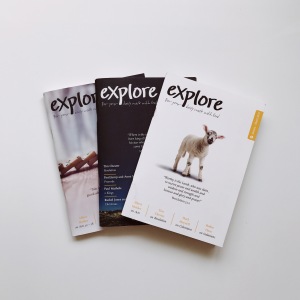 One thing I found especially helpful over the last few months was Explore Bible reading notes. I never used Bible reading notes before because I had this impression that they do the thinking for me and in the end, I still don’t know what the Bible says and means without them. I tried Explore which is published by the Good Book Company. It has changed my opinion and I have been way more disciplined in reading the Bible. I couldn’t believe that I covered 1 and 2 Samuel, 1 and 2 Kings, and 1 and 2 Chronicles within weeks! And I’m going through the deep water of Revelation at the moment, the chapters that I’ve never heard being taught on before, let alone reading on my own. Amazingly I’m not completely lost with all these dragons and beasts, with the help of Tim Chester. Highly recommended! (A shameless plug: Available at the back of church! And it’s just the right time to start using it because a brand new issue has just arrived, staring in July!)

Talking about Bible reading, JPCi spent the last two months studying the last few chapters of the Book of Acts. I’ve never read those chapters in depth before and St Paul was such an ‘extra-ordinary’ hero! Two resources helped me studying Acts specifically and I would recommend them wholeheartedly: the study book on Acts in LifeChange series by NavPress and the Bible Project podcast episodes 83 to 86 and 126 to 128. I recommend all their podcast episodes and all their videos!

My dad came to the UK for his annual visit in May.  We went on a tour of the Globe theatre. That was fascinating. I never liked pure information and always try to steal ideas. For this case, I wonder if we do The Mark Drama next year, can we learn anything from the shows in the Globe theatre where there is no ‘fourth wall’ as in modern plays? I’m ashamed to say I haven’t read Shakespeare’s plays but I would love to go watch something there one day. 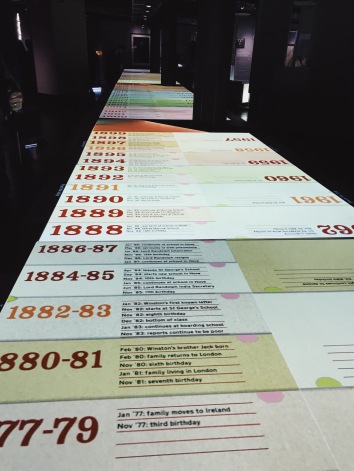 After that, we spent a sunny afternoon underground in Churchill’s War Rooms, which was equally fascinating. Among all the things to read, to listen to and to watch, there was this long table in the middle of the room with a touch screen that covered the whole length of the table (photo: top right). On the screen, there was an interactive archive of Churchill’s life and world events during his lifetime, including the day when nuclear bombs were dropped on Hiroshima and Nagasaki.  A friendly volunteer opened the archive of that day for me. The shadow of airplanes floated across the surface and there was the sound of the air splitting and the earth quaking. Then the whole display on the screen disappeared in a flash, turning slowly into a dusty grey. There was nothing left.

To finish off a very educational weekend as British as you can get, we went to the V&A and ventured into the fashion world of Mary Quant… 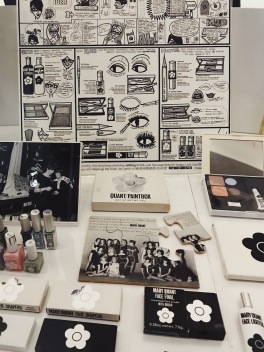 Obviously, she was a pioneer in fashion design. But what’s more eye-opening was her genius in business. Following her success in clothing, she offered sewing patterns to make Mary Quant at home; she hosted fashion shows like parties with singing and dancing; she employed approachable young girls behind her makeup counters (wearing her dresses as uniforms obviously) and created cosmetic products as well as makeup tutorials with cartoon drawings for customers (picture top left) because no one has ever seen let alone used them before; she also posted jigsaw puzzles to news agencies for her new product launch party, one jigsaw piece of information at a time! 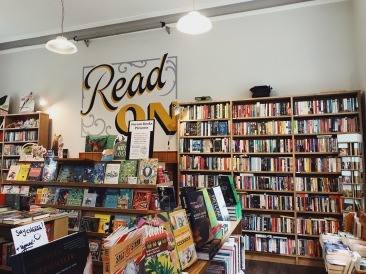 The independent bookstore Forum has moved into its new location. I’m interested to know how Forum thrives in a tiny village in the middle of Northumberland when big chain bookstores are losing money and closing down. All you need now for a day trip in Corbridge is a tea room that stays open after 5pm!

Another highlight is of course the walking trip to the Lakes with Gloria and Kate. I’ve already posted the photos and the walking routes here, so I won’t repeat myself although it’s hard not to get excited talking about walking in the lakes!

June ended with JPCi’s annual Cragside Weekend Away. I’ll write a separate post for that because it really deserves it!

To end the bi-monthly reflection of my life, here’s a little observation. Is it just me? I find getting up early a lot more difficult when the day is long! Firstly, I don’t feel like going to bed early when the sky is still bright at night, so I end up going to bed late… Secondly, when it’s light so early in the morning, getting up early is nothing special since everybody is up anyway!